Charlie has a learning disability with multiple profound conditions and has just spent a year at the Mencap Children’s Centre, we talk to his mum Angela about Charlie and the difference Mencap has made to their lives.

“When Charlie was 3 weeks old he became critically ill and soon after his arrival at hospital he began to deteriorate, I was told he was unlikely to survive.

Over the next 6 weeks we nearly lost him several times and were even advised to turn off his life support being told that he would have severe disabilities and no quality of life. Despite my despair I knew Charlie wanted to live and against all odds Charlie survived, but this illness had taken its toll.

My beautiful baby had severe brain damage, he’d lost much of his sight and is CVI registered, he also has Cerebral Palsy, Microcephaly and Epilepsy and would at times have up to 30 seizures a day. Part of Charlie’s condition is Mircocephaly where due to the extent of his brain damage, his brain won’t grow as it should.  This causes him immense pain and discomfort and he often wakes crying for several hours at night and throughout the day.

Charlie started at the Mencap Children’s Centre last year and the change in my child has been indescribable.  Before Mencap Charlie would never have left my side and I had to carry him with me most of the day, if I put him down he would be terrified and cry endlessly. The Mencap Children’s Centre has taught him independence and confidence. He now trusts other people and has shown more happiness than I ever imagined, he cries less and his head is showing signs of small but invaluable growth. 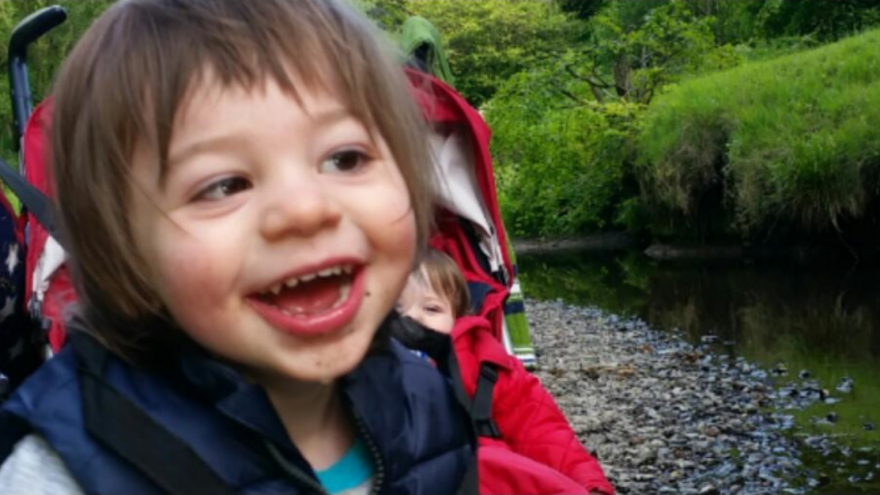 He can achieve so much

I can’t describe how much it breaks my heart watching Charlie try so hard every day to do things other kids can do with ease.

Even teaching him to lift a spoon to his mouth took months of repetition and encouragement, this maybe a silly milestone for anyone else but for him it’s a sign of his determination and shows that with time and patience these he can achieve so much.

Unlike most children, Charlie can’t go to the park or play centres because it’s either not practical for a visually impaired child or just too traumatic for him.

The Mencap Centre was one of Charlie’s main outlets for interaction, support and learning, the dedication, time and patience of the Mencap staff has shown him his own ability and taught him so much.

The Mencap Children’s Centre has brought his personality out and he now feels his way around and is not scared if I am not there, he laughs and giggles when he is being mischevious. My beautiful little boy has fought so hard to be here and I can see that he thrives in the environment provided my Mencap, I now know Charlie can continue to improve not only his quality of life but his life expectancy.

I am so grateful Charlie had the opportunity to become the happy boy he is today, everywhere we go his sparkling eyes and big smile just win over everyone we meet.

Ebony has Down’s Syndrome and attended the Mencap Children’s Centre for a year, her mother Lisa tells us their story.
Read more about Ebony and Lisa