In Northern Ireland Mencap supports over 400 people with a learning disability each year, working with over 200 employers from the statutory, private and voluntary sectors, from large employers to small businesses.

I first started with Mencap in October 2010 on the school’s transition programme when I was still at Belmont House School.

I then began the Transition course at North West Regional College in September 2011 and Mencap helped me find two work placements. I first started working at ‘We love to party’, organising birthday parties and other special events. After that I worked at Smyth’s Toystore as a retail assistant.

In September 2013, I moved to the Employability programme and so far have done three work placements. First, I worked as a Kitchen Assistant at the Icon Restaurant but left there when I realised that I prefer a customer service role. After that job I moved on to City Centre Initiative working alongside the City Ranger in the run up to Christmas time. Now, I’m currently in a customer service role at the Guildhall in Derry (Derry & Strabane District Council). I hope to continue in this role and gain enough experience to help me seek paid employment in a similar role. 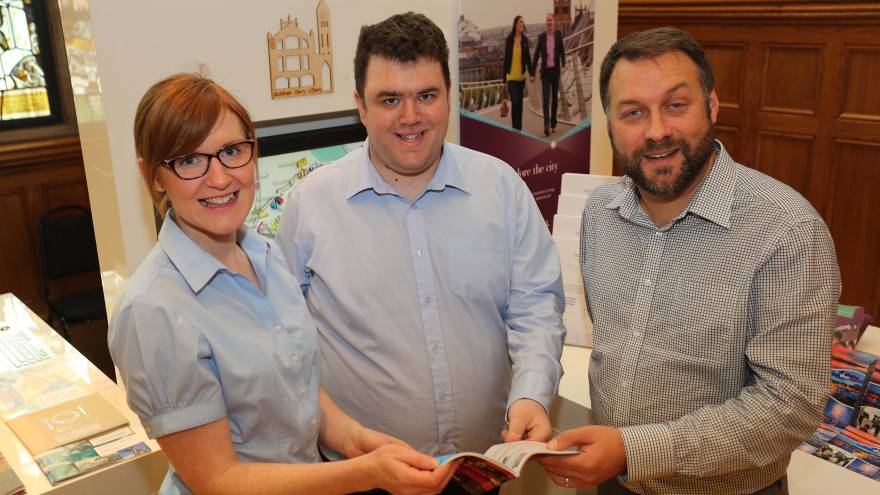 Over the years, I have assisted Mencap with a number of PR events including conducting video interviews with other Transition students, talking on Radio Foyle and helping with a local Marathon promotion. I have also assisted Mencap on interview panels for new employees and taken part in focus groups and consultations.

I really enjoy all these activities as I like talking to people and using some of the communication skills I have learned over the years with Mencap.

Outside of Mencap, I attend Destined which is a local Learning disability group I really enjoy attending social events, outings and going to Destined’s weekly drop-in sessions to catch up with my friends.

I also enjoy volunteering at a local youth club near my home and spending time with my family.