Aodhàn and Luca are three years old and attend the Mencap Centre Nursery in Belfast. Here their key worker, Paul Kane, talks about their friendship, and the progress they have made at the nursery.

Both boys have shown a lot more confidence during their time at the nursery and have become more outgoing with each other and as a result everyone else.

This is Luca’s second year, he was very quiet in the first year and had no verbal skills at the start of this year. Now you can see how the friendship with Aodhàn has brought him out of himself and helped both of the boys develop.

Aodhàn was also very introverted, shy and did not say much, but now they have the confidence to go and play together, communicate and help each other. Aodhàn only uses a few words, but came in the other day saying hello, hello, hello to everyone in the room, their friendship has helped his confidence.

Their communications skills have improved so much that they can have a friendship with each other, which has developed their confidence so much.

They happily say ‘This is my friend’ or make the Makaton sign for friends, which is holding the two hands together. 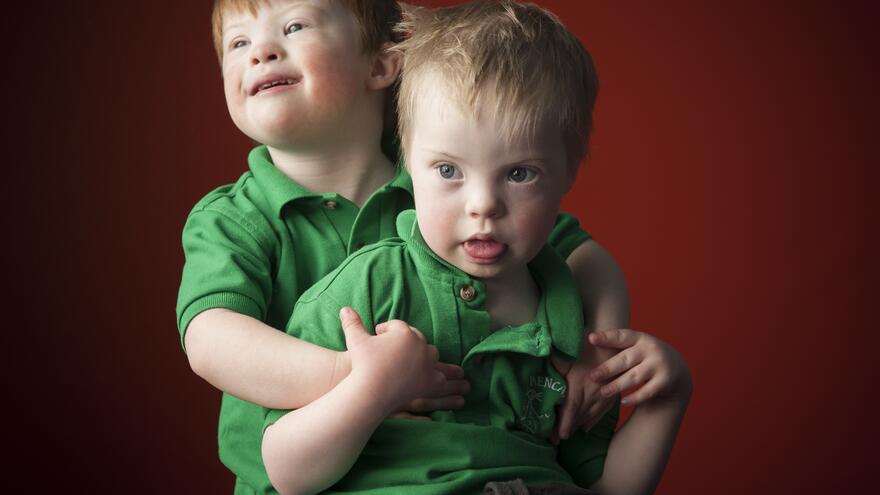 The two boys both love role playing in the play kitchen area of the nursery, making each other pretend cups of tea and food.

They like the rough and tumble of the soft play area, they will go down the slide together and help each other up onto the balance beam.

They both love singing and rhyme time as they only communicate with a few words and newly learned Makaton signs.

Friendships are so important to these children.

It’s a bit of security for the children to have a friend, they see each other as the same, using the same sign language and other skills they have learned. This is the start of learning a life skill like no other to make and keep friends and to decide who is my friend and who they want to play with.

Communication can be a real barrier for children with a learning disability – some are still very introverted and shy or have no real awareness of other children around them. But the two boys have really started to come out of their shells and interact with others, having a friend gives them that support and confidence. This will really help them as they go on to nursery and primary schools.